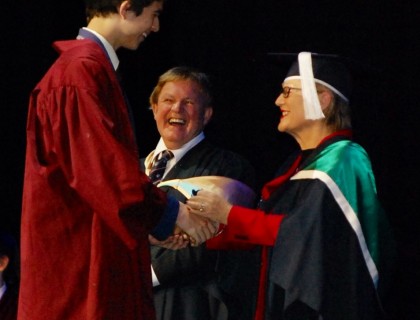 Reading the UK Telegraph I came across an interesting guide to the various generations.  You know the type of thing:  Baby Boomers, Generation X, Generation Y and now Generation Z.

Researchers are claiming that Gen Z are the group born just before the start of the Millennium. They are still in their teens, too young to remember 9/11 and they have grown up in a world in political and financial turmoil.

As a result, they are keen to look after their money, and make the world a better place. A report by Sparks & Honey, a US advertising agency, describes this generation as the “first tribe of true digital natives” or “screenagers”. Unlike the older Gen Y, they are smarter, safer, more mature and want to change the world.

Their heroine is Malala Yousafzai, the Pakastani education campaigner, who survived being shot by the Taliban and has become the youngest-ever recipient of the Nobel Peace Prize. 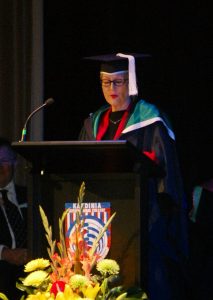 Gen Z are (to their cynical Gen X parents) almost nauseatingly worthy, keen to volunteer and aware that an education is to be treasured. Sparks & Honey says 60 per cent of them want to have an impact on the world, compared with 39 per cent of Millennials, Gen Ys.

Reading through the article I realized that I had living proof of the authenticity of these theories. As an honorary guest at a September Graduation for Year 12 school leavers in Victoria, Australia I had been invited to deliver the Occasional Address as part of the Graduating Ceremony. I remember being very impressed with the 200 or so school leavers.

As each individual walked across the large stage to receive his or her diploma the Head of Senior School announced the student’s choice of career. Many students were choosing to study community welfare careers hoping to become teachers, nurses, doctors, psychologists and counselors. Many were also deciding to have a gap year to volunteer and work in countries such as East Timor, Thailand and parts of Africa.

Why? The school had made sure that a large percentage of these students had already experienced living in a developing country. Most of them travelled to Chiang Mai, Thailand with the school in Year 9 year for an 8-week experiential program to learn about the world, themselves and others. Many students had also joined the school’s Social Justice Committee and have been volunteering for the past 4 years by travelling to Viveque, East Timor, to build rooms in schools, paint classrooms, establish basketball courts and teach English to young Timor Leste children.

The big surprise was that some of the graduating students chose to return to Viveque, East Timor, to volunteer as their end-of-school celebration rather than the wild parties and self indulgent holidays that many young people attend each year as ‘Schoolies’ or ‘Senior Week’.

A revolution has started! Generation Zs are quietly, peacefully and caringly bringing about change! They are full of commitment and purpose. They want to change the world and make a difference. And they are doing it. Just take a look at Malala! 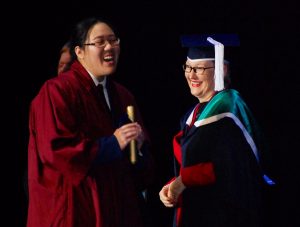 So what are you doing at your school to empower Generation Zs? Are you
offering them choices of travel and community work in places where they can learn about the different people in the world and the different problems of poverty, water cleanliness, birth mortality, human rights and sustainability? Are you supporting their entrepreneurial drive and initiatives?  Or are you enabling them to continue, as Professor Michael Carr-Gregg would say, “in the age of indulgence”?

If you would like some help in creating innovative learning opportunities at your school to empower Generation Zs contact Maxine at Think Strategic.