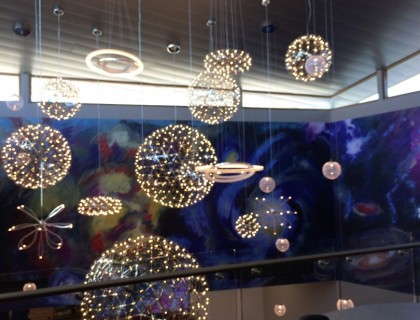 I had an amazing experience last week. I was invited to visit the new Learning Commons at Kardinia International College a K-12 school in Australia and was blown away by what I saw!

21st Century thinking, creativity, courage and conviction! Here is a school that has married technology and the arts (Yes, some of Steve Jobs’ thinking) to create a space equivalent to that of 44 classrooms to meet the needs of 21st Century learners now and in the future.

Completely demolishing a traditional library and an adjoining seven classrooms the school pooled the talents of Technology, Arts, Library Resources and Media teachers, together with students and James Deans Architects to create a massive, flexible building that excites and inspires learners. 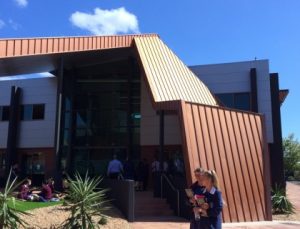 Importantly, the Design Team considered how students want to learn now and in the future. Consequently a flexible building was designed and constructed with the capacity to look and function very differently in ten years time. Everything inside the building is on wheels. As well as movable furniture, walls move and doors are double-hinged to allow for constantly changing learning spaces. The building includes a variety of walls, stairs, courtyards, benches, seats and carpet areas for spontaneous group discussions, collaborations or for individual learning quests. 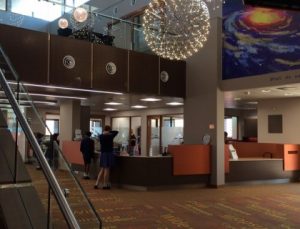 Using Alfie Kohn’s ideas for inspiration, the school wanted to move away from putting people into boxes to creating places and spaces where teachers and students could talk and interact, both inside and out. As an additional stimulation, light is captured to filter into the building and courtyards at various times of the day and evening creating different moods and nuances for learners to appreciate and seek inspiration.

The College Principal believes the Internet will humanize people, so the entire school has technological amplification and students have the world at their fingertips. The school provides laptops or ipads for every child and the Learning Commons is completely Wi-Fi. Technology areas and Technology staff are on call throughout the day in the Learning Commons.

Providing the opportunity for almost 2000 students to visit the Learning Commons throughout the day promotes the pondering of really big questions and the possibility to ask people from all over the world both past and present to share their opinions via the Internet. 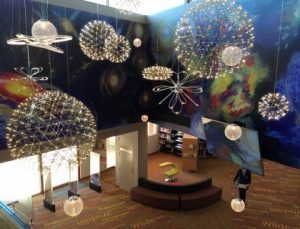 Highlighting this possibility, the center of the Learning Commons contains an atrium displaying a magnificent art piece surrounding a multiple-light installation to represent the universe. It is jaw-droppingly stunning and captures everyone’s imagination to ask really big questions like, “What do we really know about our home?” 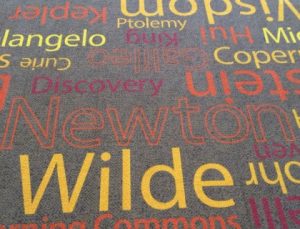 I could see no books. Only a small number remain after the culling of 60% of the previous traditional collection. The school has partnered with libraries around the world in the Google Books Library Project – where 30 million books have been scanned.

As Beth Holland states, “Digital technologies offer additional pathways to learning and content acquisition. Students and teachers no longer need a library simply for access. Instead, they require a place that encourages participatory learning and allows for co-construction of understanding from a variety of sources. In other words, instead of being an archive, libraries are becoming a learning commons.”

How are you changing your school to meet the needs of 21st Century learners?

If you would like assistance with strategic thinking or strategic planning to help your school cater for 21st Century learners contact Maxine at Think Strategic for Schools.