Machine Learning in the 21st Century 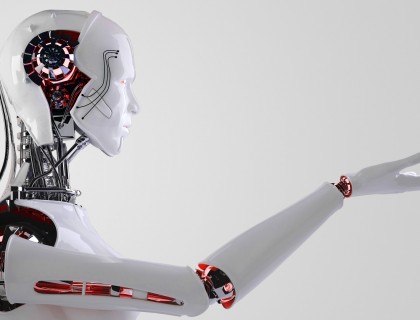 It’s exciting living in the 21st Century! The world is constantly changing and we are exposed to new ideas each day. Professor Michael Osborne from the University of Oxford is currently visiting Brisbane University of Technology to give a series of lectures.

Osborne co-leads the Machine Learning Research Group, a sub-group of the Robotics Research Group in the Department of Engineering Science at Oxford.

His recent work addresses the societal consequences of machine learning and robotics. Osborne has analyzed how intelligent algorithms might soon substitute for human workers, and has predicted the resulting impact on employment. His work has been featured in The Economist, the Financial Times, the Wall Street Journal, The Independent, ITV News and the BBC World Service and has substantial policy implications related to the future of employment.

Osborne’s research shows that 47% of jobs in the US and in Australia will be performed by androids by 2035. He claims that technology is advancing faster than ever, and whilst these new technologies will also generate jobs the burden of vulnerability will fall heavily on the least skilled in the community. His research outlines two characteristics that might protect jobs from the advancement of technology: creativity and social intelligence. Creativity and social intelligence are clearly important aspects to include in our schools’ curricula.

Interestingly, Sir Ken Robinson, considered an expert on creativity and innovation, has challenged millions of educators around the world with his YouTube on How Schools Kill Creativity to bring about change in schools to better meet the needs of 21st Century learners. Sadly, many have found change too hard and are still operating with 19th and 20th Century models.

P21, The Partnership for 21st Century Learning, believe that learning and innovation skills are increasingly the skills that separate students who are prepared for increasingly complex life and work environments in the 21st century, and those who are not. They claim that a focus on creativity, critical thinking, communication and collaboration is essential to prepare students for the future and I agree with them.

This week P21 launched a new leadership direction highlighting an expanded vision and direction for the global conversation on 21st century learning. As part of the initiative P21 will provide free research-based information on creativity, critical thinking, communication and collaboration for learning. They also provide great ideas for how you can address critical and creative thinking, collaboration and communication in your local and international schools leadership roles to affect positive change..

Make the strategic decisions required to prepare your students for learning and careers in the 21st Century.