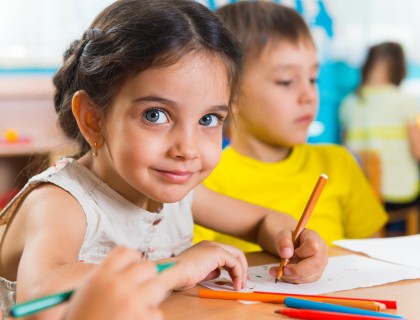 This week and next week thousands of children in the southern hemisphere will be starting school for the first time. In August and September thousands more five year olds will begin school in the northern hemisphere. These children are a new generation. Born in 2010 along with ipads, iphones and apps, social researchers have labeled them Generation Alpha. How do local and international school leadership teams equip teachers to give these bright students the best chance of success in their future?

According to the Australian Sunday Telegraph, around 300,000 children were born in 2010 in Australia, eclipsing the original baby boom, which began in 1947 with just 182,000 births. Demographers claim that just like the original baby boomers, Generation Alpha are set for lives of massive social and technological change. Embedded in technology from day one, they will be connected to a worldwide electronic network around the clock. Generation Alpha will be the most highly educated of all generations with 90 per cent predicted to complete Year 12, compared to 75 per cent of Generation Z, and with the majority going on to tertiary education in some form.

Mark McCrindle of McCrindle Research claims there are now 2.5 million Generation Alphas being born around the globe each week. Being born into a world of iPhones (in fact the word of the year in 2010 when they were first born was “app”), YouTube (there are now 100 hours of YouTube videos uploaded every minute, and in this environment they are more influenced by the visual and the video than the written and the verbal), and Instagram (where life is photographed and shared instantly and globally). It’s a world of ‘Screenagers’ who multi-screen, multi-task and where glass has become the new medium for content dissemination and unlike the medium of paper, it is a kinesthetic, visual, interactive, connective and portable format. How do we translate these concepts and ever changing technology advances into international education strategies to impact schools across the globe?

Generation Alpha are expected to work longer and have an average of five careers and 20 different employers in their lifetimes, according to data from McCrindle Research. This generation will live longer than any previous generation because of medical intervention, but they will experience more health problems largely related to increasingly sedentary lives.

Today the three most populated countries in the world are China (1.33 billion), India (1.15 billion) and the USA (0.30 billion). In 2030 the three most populated countries will remain the same, with India surpassing China: India (1.53 billion), China (1.46 billion) and the USA (0.36 billion). The population of the world currently stands at 6.7 billion. In 2030 it will have increased to 8.29 billion, most of the additional 1.59 billion people being members of Generation Alpha.

Parents of Generation Alpha are happy for their children to use a range of devices at school. As well as developing literacy and numeracy skills and problem solving, they want the school to help families develop resilience, compassion, commitment and integrity in their children. Ultimately parents want their Generation Alpha children to be happy, pursue a passion and enjoy life.

How are schools planning for this newest generation? How can we apply this research information to the educational needs of Generation Alpha children starting school this year and beyond?

If you would like assistance with strategic planning, leadership training or executive coaching contact Maxine at Think Strategic.