The Art of Leadership in the 21st Century 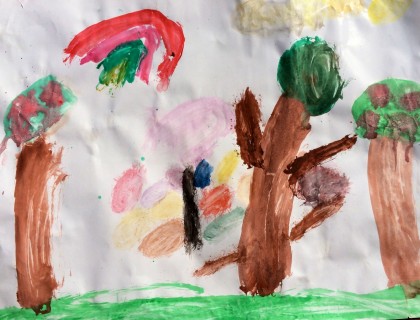 03 Apr The Art of Leadership in the 21st Century

I’m camping in the Australian bush with friends and family. One couple has a 5-year and a 2-year old. It’s wonderful to watch the children explore the environment and to see their natural curiosity and creativity in full flight.

Presented with a new paint pallet and a large sheet of white paper on the camp table both children were bold, uninhibited and enthusiastic in their response. They painted with confidence, purpose and joy using varying combinations of observation, imagination and prior knowledge. The 5 year old claimed with absolute authority, “I am an artist!”

It got me wondering.

Are we all artists in the 21st Century, as Seth Godin believes?

Godin (2012) describes a new revolution in his book The Icarus Deception. He calls it ‘our revolution’ and claims that this new revolution is shining light on what we’ve known deep down for a long time.

Each one of us capable of making a difference, of being bold, and of changing more than we are willing to admit. Godin challenges us to find the courage to treat our work as a form of art.

“Art is a leap into the void,” says Godin, “a chance to give birth to your genius and to make magic where there was no magic before.” Yes, just like those children did with the new paint pallet on the inviting, empty white paper!

Recent research also supports the need for creative and social skills in 21st Century work. Researchers, Frey & Osborne, 2013, have found that as technology races ahead workers will have to acquire creative and social intelligence to compete with machine learning and robotics in the workforce.

I believe that effective leadership – whether local or international school leadership – is a form of art too. Leadership requires bucket loads of creative and social intelligence as well as the personal attributes of commitment, responsibility, persistence and self-belief.

Why not unlock your best self and turn your leadership into a confident, purposeful and joyful form of art that makes a significant difference in the world?

If you would like some help, attend the “Leadership in the 21st Century” workshop or contact Maxine at Think Strategic for Schools to arrange some executive coaching. You may want to also consider an international education masters degree.