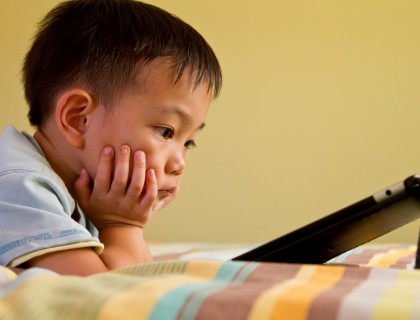 Professor James Flynn has been researching the growth in human intelligence since the 1930’s. His studies reveal massive gains in intelligence over time and highlight how advances of technology play a huge role in the growth of our intelligence.

In fact, Flynn claims that each new generation is approximately 9 Intelligence Quotient, IQ, points smarter than the previous generation. His findings are known as The Flynn Effect and they show the substantial and long-sustained increase in both fluid and crystallized intelligence test scores measured in many parts of the world from roughly 1930 to the present day.

Imagine all those Generation Alpha students who have started school in the past few years.  Born in 2010, the same year ipads and apps were released. Generation Alpha is predicted to have a life span of 97 years and to be the first generation to see in the 22nd Century. They are destined to be smarter than Generation Z, the students already in school, and much smarter than their teachers, their parents and grandparents.

You see we’ve transitioned from a concrete world and fixed mindsets of the Industrial Age, to a very complex world requiring growth mindsets today. We have a much higher percentage of the population gaining a tertiary education than ever before and the working world requires higher cognitive functioning and increased cognitive flexibility.

We need new habits of mind for the 21st Century. We need to develop problem solvers who see problems as opportunities and seek out new possibilities to innovate, disrupt and change.

How are you meeting the needs of Generation Alpha and 21st Century Learners at your school?

Why not attend ‘Leadership for the 21st Century’ a 2-day workshop at NIST International School, Bangkok on 11 & 12 November to learn how to create the future of learning at your school. Click here to register.